This article is about artificial intelligence and machine learning but before with the dive into the nitty-gritty, I would like to tell you a story about my amazing wife Karen. When we got married, we exchanged our vows. The words “love”, “cherish”, “support” were used. (I think I also heard obey 😊). In addition – she probably regrets this decision – but she also promised to make me breakfast every Sunday.

She has been doing it without fail with one or two exceptions. She is a wonderful cook and can make anything. Sunday morning is my favorite day and time of the week. We have a counter in the kitchen. I call it “the magic counter”. Every Sunday morning, I sit in a little stool, I mention what I would like for breakfast, wait by the counter, and food magically appears. 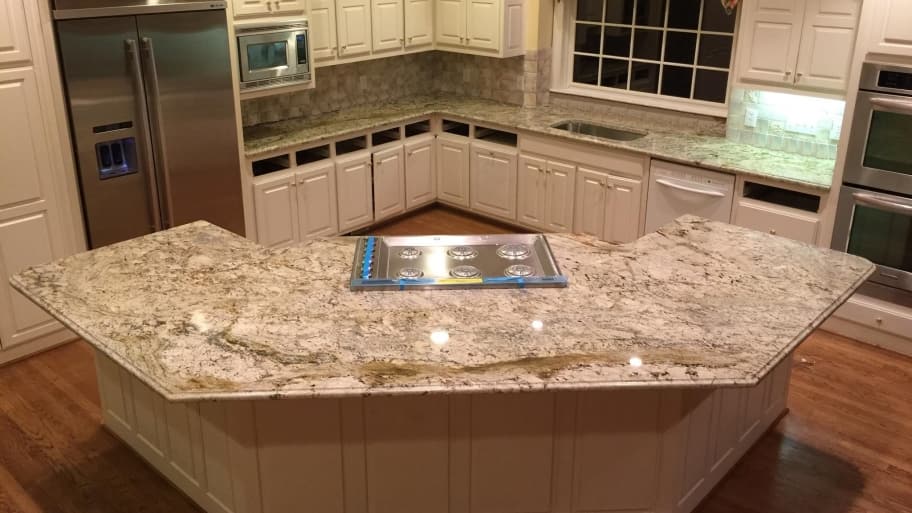 What does this have to do with artificial intelligence? – you say. I envision – in a not too distant future – a kitchen for everyone with a magic counter. Not powered by my lovely wife Karen, but powered by the magic of Artificial Intelligence. We currently live in our society dominated by scarcity. We have a limited energy supply, limited food supply and limitations on other resources.

Let’s analyze for a moment what currently needs to happen in order for “the universal magic counter” to become a reality:

Imagine how many people were required to perform the steps above. It involves hundreds if not thousands of people. Now imagine the same process, where many of the people involved in the process are replaced by robots, self-driving cars for transport, automatic tractors, etc. With our current technology and what is likely coming, it’s not too hard to imagine, right? We already have a lot of technology. Now, I probably know what you are thinking – Who’s going to buy all this if people don’t have jobs because the robots took them. Think about this – there have been many technological breakthroughs that have increased our productivity. Locomotives, cars, computers, cell phones, automated manufacturing to name a few. Every time these inventions have come along, the media has whipped us into a frenzy about how we are all doomed and every single time these innovations increase our productivity and have resulted in better jobs and a higher standard of living. But wait you say, “this time it’s different, there won’t be any jobs to replace the current jobs”. I agree that at some point in the future robots will be capable of performing every single job that humans are currently performing.

As that happens, prices, in my opinion, will start decreasing. The cost of delivery will come down because fewer middlemen need to be paid to get the finished product to the table. Couple the removal of humans from the delivery process with a breakthrough in energy technology where electricity becomes much cheaper than today and the cost of food production, delivery and preparation becomes negligible. Fusion technology has broken our hearts many times in the past before, but it still seems like a promising path to cheap energy. Or perhaps wind and solar continue their steady downward path in price until it becomes close to free.

I can envision at least three scenarios as we get to zero-cost resources:

There are many other possible combinations and possible outcomes. Unfortunately, the number of scenarios where things go awry versus the number of “happy path” scenarios. Many bright minds are currently trying to come up with the probabilities of bad outcomes. Also, if a person or a group gets a hold of a powerful enough AI, it might only take a few folks to make the decision that they want to wipe out the world. It might not even be a human deciding to end the human race. If an AI is smart enough but feels threatened by humans, they might decide to pull the trigger.

I agree to some extent with Andrew Ng and some of our technology is not evolved enough. But some of the capabilities are already here.

Here are some examples of technologies that are already here whether we like it or not:

With the advent of nuclear weapons, a select group of individuals has had the capacity to wipe humans from the face of the earth for decades now. The current state of AI can certainly cause heavy casualties and catastrophes but maybe not necessarily wipe out a whole country or planet. Assuming technology continues to evolve and accelerate at the current pace, we are still a few years or decades away from AI having the ability to annihilate every human or conversely completely ending hunger. I do think it is time to start spending time thinking about the possibilities so that we can all enjoy “the magic counter”.